The episode starts with Verbal Ase explaining the context of Black Panther Vs Sonic, and promoting his channel before the intro starts. After the intro, Verbal Ase welcomes everyone to the 14th episode of Cartoon Beatbox Battles, and reveals that Patrick will be going on to the Final round. Verbal Ase gives a krabby patty to Patrick, and Patrick says he will eat it now. Verbal Ase tries to continue the episode, but Patrick interrupts him, asking if he could get a krabby patty. Verbal Ase tells him he already gave one to him, and he can even see it on his face. Patrick says he doesn't see it. Verbal Ase closely tells Patrick nobody can see their own face. Patrick responds, saying he can look into his belly button. Inside is Penny Penny from Pennywise Vs Patrick.

Verbal Ase calls Deadpool's performance funny, and then asks what Black Panther thought of his performance. Black Panther first states that he's a panther, and not a pussycat, and second that at least he was in Infinity War, and third off that he will never be as cool as Mario. Deadpool notices Black Panther's obsession with mentioning Mario, and tells Black Panther that the him and Mario should just get a room if he likes him so much. Black Panther takes offense to this, stating it isn't like that, proceeding to throw Mario at Deadpool who just only wanted to watch the performance up close. Mario gets mad at Black Panther and both Deadpool and Mario get in wrestling outfits to fight him. Verbal Ase tries to end the episode, but at the end gets sucked into the fight. Deadpool calls out how lazy the animation is with the fight, giving the viewers eye that they may see the fight, but not know what really is going on. Black Panther shuts him up to continue the fight.

The ending shows the Cartoon Beatbox Battles Trophy in a display case, being cleaned by a janitor.

This is how I do it!


This is how I do it
It's friday night
You will lose this fight
To the king of Wakanda
So I got my ancestors I'm about to turn it up
It's not the first time Deadpool's burning up
Look at his skin, it's faded
He looks like a block of cheese that's been grated
It feels so good, in my hood, tonight
Nobody really wants to be in your side,
Your puny X-Force can't go against my tribe
You gotta get a move on, you know that we don’t play
So pack up your stuff, throw it in the truck, while I hear my people say,

Servin' you next time!


I'm here to take out the Panther,
I'm the real romancer,
Is that really your final answer?
Still living like a pussy cat

Yes, I just, dissed you
Your clan did not miss you
I really loved when Thanos snapped you to dust
I'm the merk with the mouth
You're not allowed in my house
You're just like Spongebob, you're a squirrel with no nuts
I'll leave a little bit of something, from me
It's a pepperoni pizza with cheese
Put it all together, and you'll have your Krabby Patty

I'm here to take out the Panther,
I'm the real romancer,
Is that really your final answer?
Still living like a pussy cat
X2

Is he gonna win?


Another one bites the dust!

On 02/01/2021, JBrick (Adym's cousin) confirmed on DMs that Black Panther vs Deadpool is halfway done.

On 04/03/2021, Verbal Ase had started a live stream, and at some point shows sneak peaks of the episode, and designs of Black Panther and Deadpool.

On 12/03/2021, Verbal Ase had posted sneak peek of Black Panther Vs Deadpool, showing Verbal Ase and Deadpool being launched in the air by Black Panther landing on the ground. Verbal Ase states in the post that there will be fight scenes between the two, so this could also be a teaser of one of those scenes. [1]

On 15/04/2021, Verbal Ase posted a screenshot on the Verbal Ase Official discord server.

On 18/04/2021, Verbal Ase sent a picture of what seems to be Deadpool picking a piece off of Deadshot's melted pepperoni pizza from Deadpool Vs Deadshot.

On 30/04/2021, Verbal Ase made a community post and stated that the premiere date will be announced soon, he also said "We're finally close to the finish line, should be another week before things are finalized." [2]

On 21/05/2021, Verbal Ase stated that he sent a message to the lead animator asking for a date of completion so he could announce the premiere date.

On 30/05/2021, Verbal Ase announced the release date of Black Panther Vs Deadpool at June 4th.

On 02/06/2021, Verbal Ase announced that the episode would have to be slightly delayed due to late delivering. We know how this turned out. 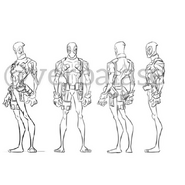 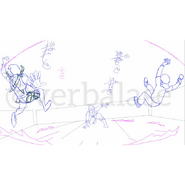 Add a photo to this gallery

Retrieved from "https://cartoonbeatbox-wiki.fandom.com/wiki/Black_Panther_Vs_Deadpool?oldid=10907"
Community content is available under CC-BY-SA unless otherwise noted.